Women’s health package when planning to have children

Women’s health package when planning to have children

We recommend this screening package to women who are planning to have children. The package examines liver, kidney, hematopoietic, thyroid function, insulin resistance, immunity to previous infectious diseases, ovarian function, and key parameters of hormonal homeostasis.

If you wish to have the test performed at one of our lab points, please do not purchase from our webshop, but visit the lab point’s own website.

What is included in the women’s laboratory test package when planning to have children?

Vitamin D not only plays a role in the healthy development of bones, but also affects the functioning of the immune system, nervous system, cardiovascular system, and metabolism. As an integral part of a healthy lifestyle, vitamin D levels should be monitored at regular intervals (approximately quarterly).

Iron is an important component of the oxygen-carrying protein in the blood, haemoglobin. In case of iron deficiency, anaemia develops, the oxygen carrying capacity of the blood decreases, the symptoms are fatigue, dizziness, weakness. In the case of iron deficiency, it must be ascertained whether it is due to increased loss (bleeding) or chronic illness (inflammation, cancer).

C-reactive protein. It is a sensitive indicator of inflammation, the level of which increases in proportion to the severity of the condition. Once the inflammation has passed, its value decreases rapidly. In the case of more severe inflammation, its value can be high (up to several hundred).

It draws attention to the existence of an abnormal process in the body, it is suitable for monitoring diseases. Its value is increased in infectious diseases, inflammation and malignancies, severe anaemia, kidney and thyroid disease.

The liver is the largest gland in the human body, responsible for, among other things, detoxification. Its role is essential for the normal functioning of metabolic processes. The liver produces cholesterol, an important component of bile, cleanses incoming blood, stores starch, and produces many vital proteins and coagulation factors, and stores vitamins A, D, and B12. It also plays a primary role in the breakdown of toxic substances (filters toxins from the blood), iron and copper metabolism, and bilirubin metabolism.

The CMV test is used to determine whether a patient has recently been infected with CMV or is currently infected. The assay involves either measuring the amount of CMV antibodies (these special proteins are produced by the body in response to the virus) or detecting the virus itself by culturing it in a special substrate.

Primary CMV infection can result in severe physical and developmental problems in cases where the mother becomes infected for the first time during pregnancy and transmits the infection to the foetus through the placenta. Infected foetuses usually appear completely intact (90%) at birth, but vision or hearing problems may occur a few months later, as well as pneumonia, and physical and mental development may be slowed.

Also known as measles, Rubeola antibodies, IgM and IgG. The test can show if the body has adequate protection against the rubeola virus and can also draw attention to a possible previous infection. The test can also screen those who have not yet encountered the virus or are not vaccinated against it. The IgG rubeola test is performed on all pregnant and wanting to be pregnant women to find out if they have enough rubeola antibodies against the infection.

Transferrin is the major iron-carrying protein in the blood. From the degree of iron saturation, it can be inferred that the body’s iron stores are full. Transferrin concentrations are reduced in case of malnutrition and other conditions that cause a decrease in plasma proteins.

Sugar is an essential element for the metabolism of the human body. With the help of the insulin hormone produced by the pancreas, the sugar in the blood reaches the cells of the body, providing them with energy. If there is no sugar to be delivered to the organs, in healthy bodies, the pancreas does not produce insulin. However, some organs do not absorb sugar while others do, and this confuses the body and one of its effects is to stimulate the pancreas to produce more insulin. In women, typical symptoms of insulin resistance are rarefaction of menstrual cycles, strong hair growth, shiny, oily skin. In the long run, insulin resistance can even cause diabetes and play a role in the development of infertility.

The functioning of the female body is based on complex hormonal regulation. If this balance is upset, it can lead to pathological conditions. Bleeding disorders, infertility, increased hair growth, acne, hair loss and heatwaves can all indicate hormonal problems.

The first blood draw is on day 3 of the menstrual cycle and the second is on day 21. The first half of the cycle is the follicular phase and the period after ovulation is the luteal phase. At the first blood sampling (H1), we examine a complete line of hormones, when problems arising from the functioning of glands and organs that produce hormones can be revealed, so we get a general picture of hormone homeostasis and organ function.

Repeated female hormone testing (H2) in the second half of the cycle seeks to clarify whether hormonal processes are developing properly, whether the fertilized egg could be embedded in the uterus, whether there is corpus luteum insufficiency, or other problems.

In the course of laboratory test of female cycle-dependent hormones, the following items are tested: AMH, FSH, LH, testosterone, prolactin, oestradiol (day 3 of the cycle), and progesterone (day 21 of the cycle).

The pathogen belongs to the family of Herpesviridae, therefore it is characterized by latency. It survives incubating in the body after the primary infection. The herpes simplex test is performed to confirm an acute infection or to detect antibodies against herpes. It is one of the most common causes of viral infection and we distinguish two types, HSV-1 and HSV-2. Both types are contagious and their presence from time to time leads to the appearance of smaller fever blisters. HSV-1 primarily causes the appearance of blisters, also known as “lip herpes” around the mouth, while HSV-2 leads to lesions in the genital region.

The herpes simplex virus is spread through skin contact. HSV-2 is the most sexually transmitted disease, but HSV-1 may also be detectable in the genital area.

Toxoplasma is a pathogen that most commonly spreads through the faeces of cats, but  we can also get infected through unwashed vegetables and fruits, improperly heat-treated meat, or soil contamination. The process is usually asymptomatic, causing symptoms in only 10-20% of people: fever, night sweats, sore throat, muscle aches and possibly rash. In many cases, toxoplasma infection is not revealed because its symptoms may indicate other more common diseases, so an accurate diagnosis can only be made with a laboratory test.

Investigation of varicella zoster virus (VZV) antibodies (IgG, IgM). The virus is most commonly responsible for chickenpox in childhood (2-10 years). Incubation period: 2-3 weeks. During the course of the disease, blistering, itchy rashes appear all over the body. The Varicella zoster virus belongs to the family of herpes viruses, so it is able to remain in the body in a latent form and then reactivate after a fresh infection. The disease, which occurs mainly in old age, is called shingles, which is also contagious.

How do I prepare for the test?

The women’s health package when planning to have children laboratory test is done on an empty stomach with the first urine delivered in the morning. It is recommended that the first blood test be performed on day 3 of the menstrual cycle, as insulin resistance testing can be performed then. A second blood sample is taken on day 21 of the cycle, but it no longer requires an empty stomach.

When is the result expected?

After the 7th working day after the second blood count.

HOW TO BOOK AN APPOINTMENT?

In case of online payment, our system sends a confirmation e-mail to your e-mail address following the arrival of your payment to our account. This e-mail contains the phone number of our Call Center where you can book your appointment for the service.

There are no reviews yet. 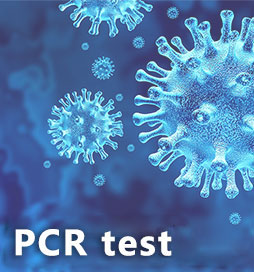